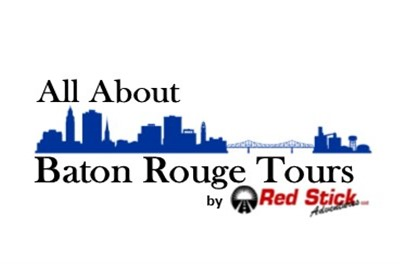 JOIN US ON A TOUR! All About Baton Rouge Tours and Red Stick Adventures!

Founded in 2009 by Scott Miles

Our tour guide team consists of over 15 qualified, professional tour guides who are well-versed in Baton Rouge history and culture.

The All About Baton Rouge Tours and Red Stick Adventures team of guides graciously entertain, educate and host thousands of visitors annually here in the beautiful capitol city, Baton Rouge.

Our goal is to have you leave with a smile and a newfound appreciation for the city that we love and the Baton Rouge multi-parish region.

We appreciate the opportunity to share this with you!

Scott grew up in Baton Rouge and has called the region his home for nearly five decades!

He has been part of the heartbeat of Baton Rouge from helping save lives as a Baton Rouge paramedic to entertaining guests who are visiting the city or traveling across the USA!

He really knows what Baton Rouge is all about and even is an LSU alumnus! He has been active in the hospitality industry since 1984 and he loves to share Baton Rouge and our region with our guests.

Susan, a wanderlust spirit, has lived in many areas of the United States, including Florida, California, and Texas, but also in several regions of Louisiana before settling in Baton Rouge in 1998. She is an NSU and LSU alumna. Among her many talents, she has been a local columnist and contributing writer for several Louisiana and Baton Rouge publications, and a published poet.

Susan has also been bestowed the honor of being  named one of the top three tour guides in the entire United States by one of the largest excursion companies in the country!

Often she is the driver guide on our small bus tours, because her PASSION and JOY to share Baton Rouge's history, culture and culinary delights with our guests has her working as much as she can!

Her wealth of experience and knowledge brings a well-rounded perspective to the company that no other person can quite compare to in the region.